Monday of Mom and Terry's visit dawned just as hot and nasty (or was it worse?) as the day before.

(In fact, I had gotten up in the middle of the night to search out a window fan from the basement because even our heat pump couldn't cool the house off enough for me to sleep.)

We decided to beat the heat by going into town and hanging out at the mall.  There was some talk of catching a movie, but then Mom remembered that Tuesday was the cheap day and we didn't want to spend the money, so we just did lots of walking around and trying to stay cool.  I may also have dragged Mom into my Teavana addiction. {blush}

Shortly after lunch Terry started not feeling well again and went out to the car to rest.  I gave Mom my key so she could take him home while we bought a watermelon and then headed home ourselves.  We bought the watermelon just fine but...we were in the mood for some greater adventure than just going home.  We had some printed out directions in the car to some different waterfalls that were practically on the way home, so we decided to detour a bit.

Our first choice (and a good one!) was Garden Creek Falls.  It was incredibly easy to find, just off the Fredericton on-ramp to the TCH and down a little ATV trail. 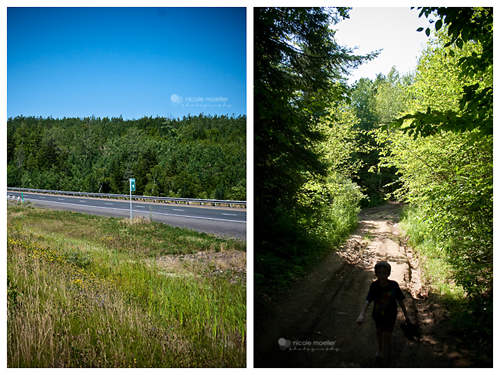 The walk in was easy peasy, and in no time at all we were looking at a new waterfall!  This time the Princess got seriously into photographer mode... 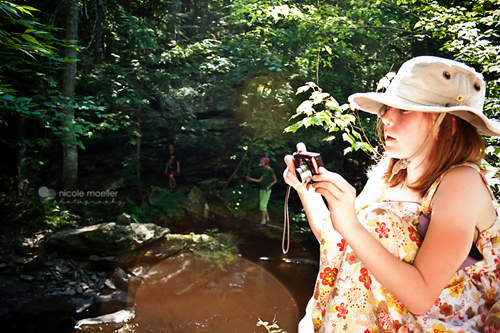 Again the lack of rain meant that the water was just a trickle (a friend told me that she was there with her family last month and it was rushing water) but we liked it like that; so much easier to scramble up and down and over and under! 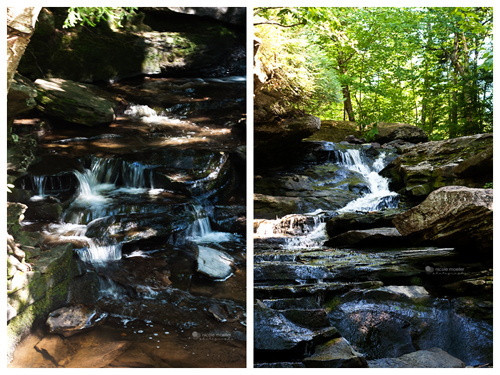 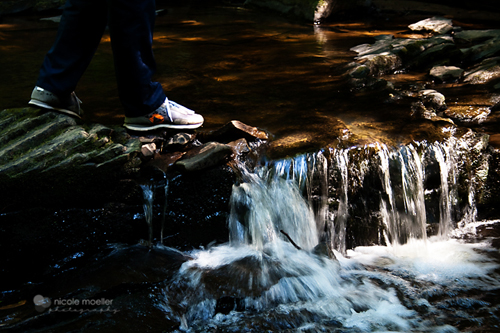 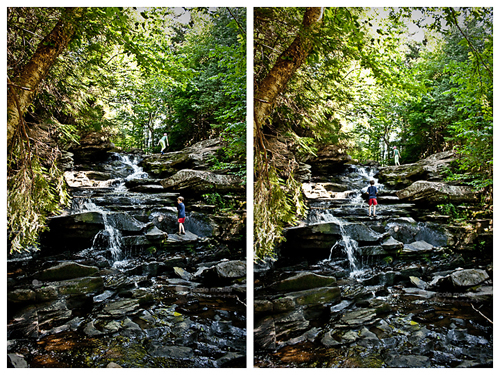 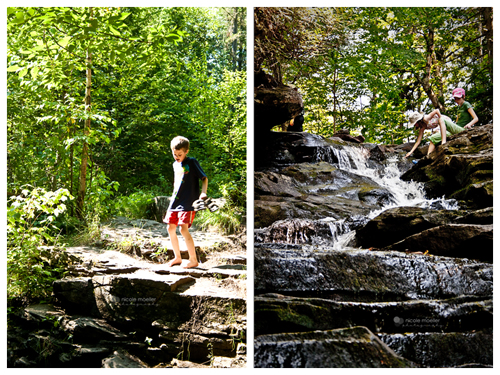 The cold water felt soooooo good in the heat.  We definitely dragged out our playtime. 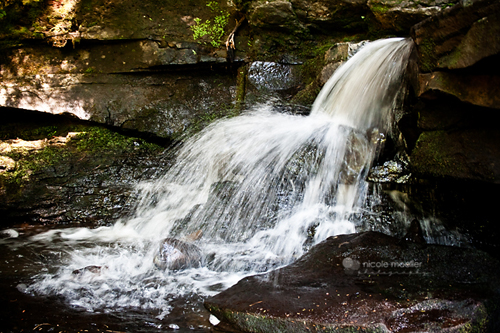 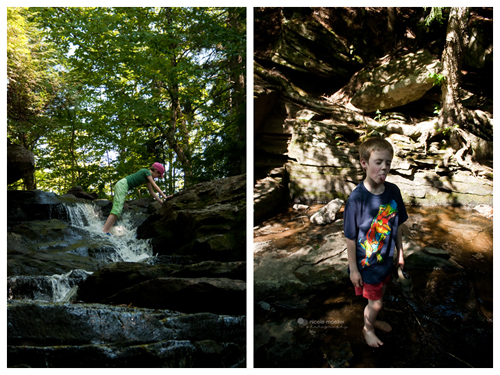 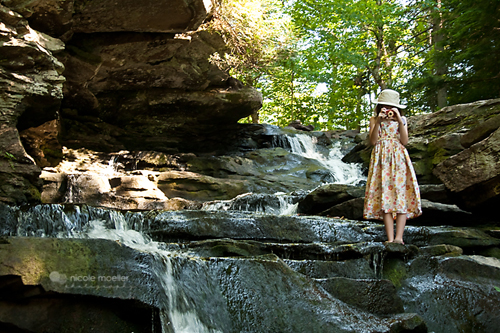 Flush with our success and wonderfully cooled from the water, we drove off to find our next waterfall just down the road from the next exit.  Alas, that one was completely dried up, though we could see evidence of where it should have been.  Not even a trickle.  Then we were sad, hot and tired and headed home.

Waterfall Verdict: Everyone still likes Joslin the best of the ones we've been too, but we loved how easy Garden Creek was to get to, that it's practically on the way home (small detour) and the step style makes it really pretty.  We'll definitely return again and again!

AND--we got home and ordered the Guidebook on amazon, because we've been having so much fun and wanted to support the blogger/author.  What a great resource! 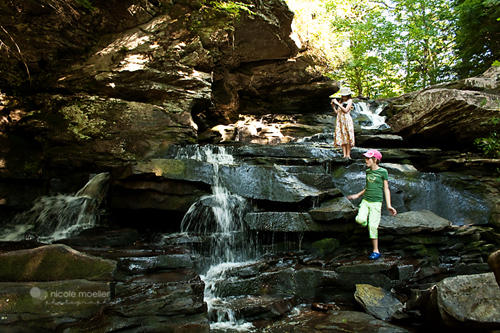 Posted at 11:28 AM in #happyfamilysummer, Current Affairs, Photography, The Kidlets, Travel | Permalink

Sorry I missed that one. I would have loved to have seen it as it is a very pretty little falls.