Today was the day!

It was overcast and a little cool.  It had rained earlier in the morning but stopped long enough for us to do photos and wait for the bus.  Can't complain about that!

The Princess was off to Grade 4. 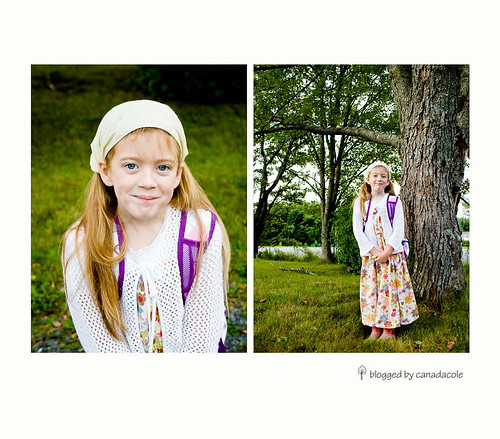 How is that possible?

She has the same teacher she had last year, she's back to her little class of 10, and she spent the week before today speaking French when playing on her own, I guess to get herself back in the swing of things.

She said she had a great day but came home weepy and obviously worn out.  Hopefully after a week or so we'll settle into routine and she won't come home crying.  Or else it's going to be a long year.  (Is this that pre-teen wind-up I've been hoping to avoid?)

Sweetpea was off to Grade 2. 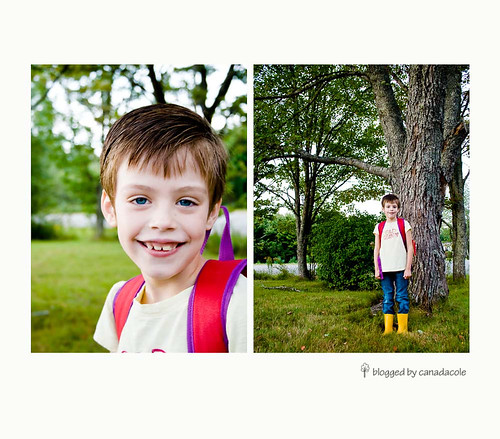 She has a teacher that we haven't had before but wasn't worried at all.  Why?  This teacher does fundraising for the SPCA all year and has a pet show in June.  What's not to love for my animal-crazy girl?  She's so excited!

The Boy headed in to Grade 1. 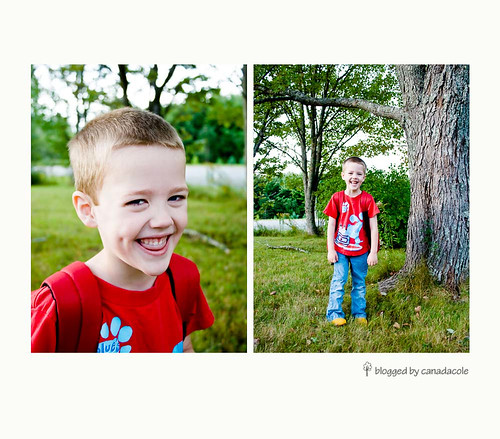 He had a crying jag this morning when I realized that his face was still covered in peanut butter and I made him go back in the house to re-wash his face (he claimed he already had).  I think I joked him out of it pretty good.  He has the same teacher for Grade 1 that the Princess did back in the day and I think it's going to be a good fit.  He said that none of his friends from last year are in his class this year.  I asked him who he played with and he looked at me like I was crazy and asked why he should play with anyone.

As they went back, I feel a bit like I'm finally back.  Back to routine and the possibilities of a new year.  Back to sanity and schedule, rhythm and rigor.

So here's to a great new year for us all.