I've been taken to task a couple of times now for failing to update the blog.  I'm trying!  Really!  I'm trying to be better.  Sort of.  We've been enjoying the last bits of our summer and not being tethered to the computer, so I'm afraid I'm not feeling toooo bad.  We'll be back to school in a week and a half though, and then I'll have SO much time to update you guys.  I have to admit, I'm really looking forward to getting back on schedule and having some time to myself again.

So to catch you up and fill you in, here's something we did only last week!  That's not so long ago, friends!

Our Relief Society (ladies auxiliary at church) planned a cultural outing--we went into Fredericton to see the Changing of the Guard in Officer's Square, then had a picnic lunch and enjoyed a lunchtime performance from this cool drama club called the Calithumpians.  Then we wandered across to the lighthouse for ice cream. 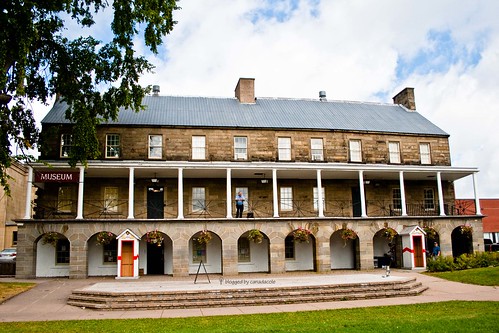 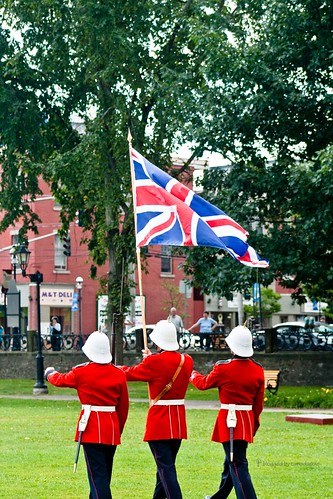 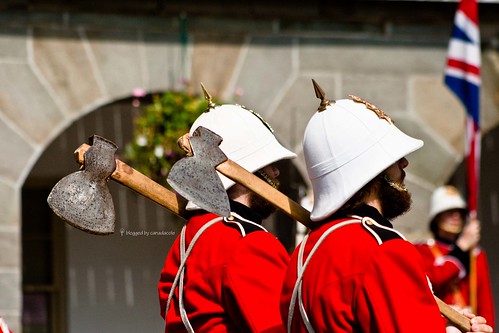 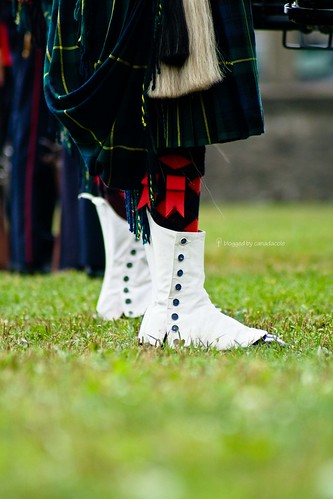 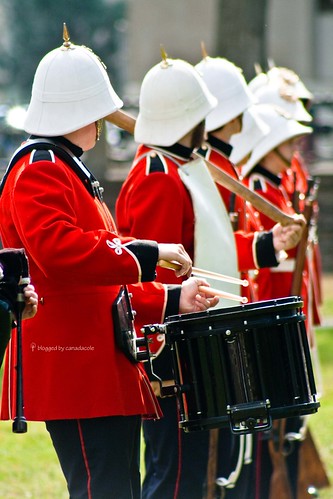 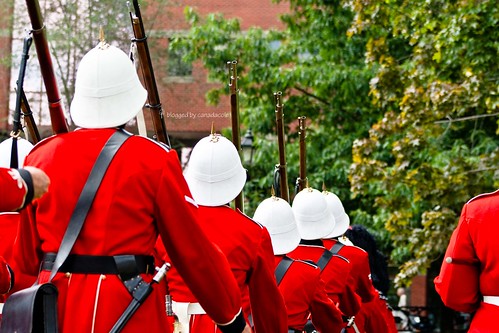 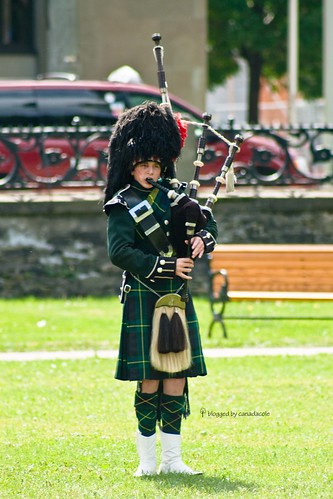 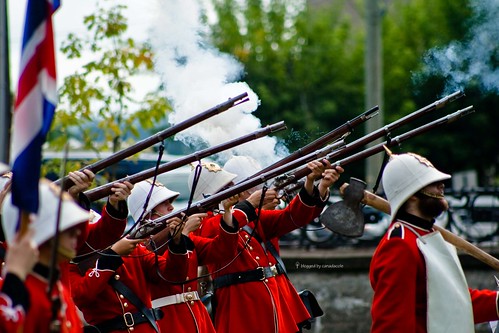 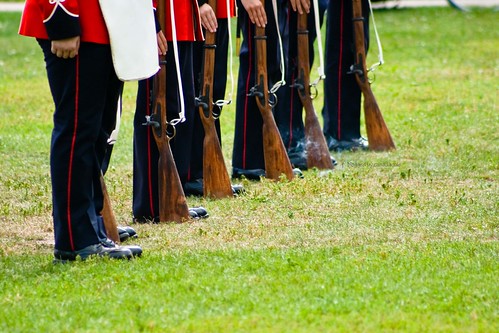 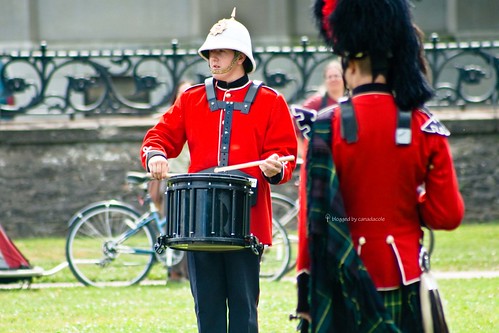 I seriously could have photographed these guys (and GALS!!! So awesome!) all day. I have an album up on facebook with way more images--and those are just my favourites from the day. I took so many. I had no idea it would be such an awesome experience. Of course the kids weren't nearly as impressed. It was hot and sunny and they just wanted to get to the shade and the picnic.

Which we finally did. Soooo much cooler under the trees.  And fun to sit and eat and laugh. 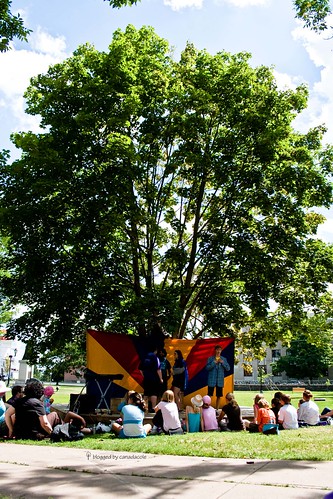 Check out the difference between sun and shade: 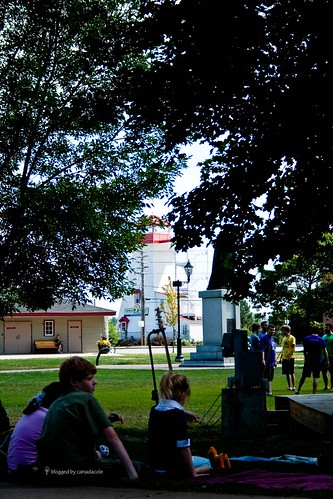 The kids loved the play...and the acorns they found while waiting for the play to start. 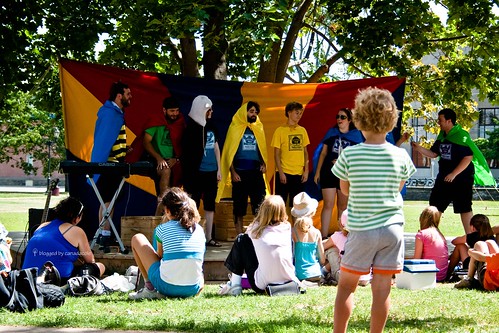 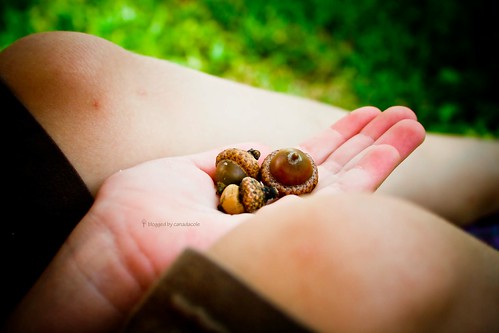 After the play was over we washed up at the washroom and then went over to the lighthouse. By then several of the sisters had already left and it was a very small group of us. I didn't think anything could distract my kids from ice cream, but they were WAY more interested in the lighthouse than the ice cream.  We paid the admission and then they RAN to the top.  There are all kinds of cool photos on the walls and activities for kids to explore, but my gang didn't even pause to notice them.  To the top! 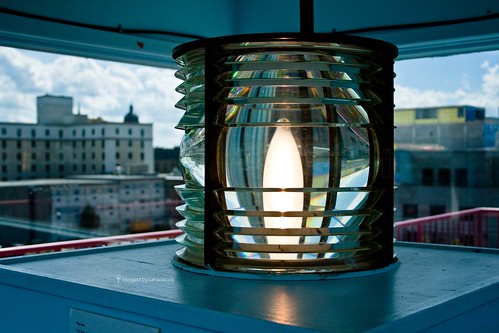 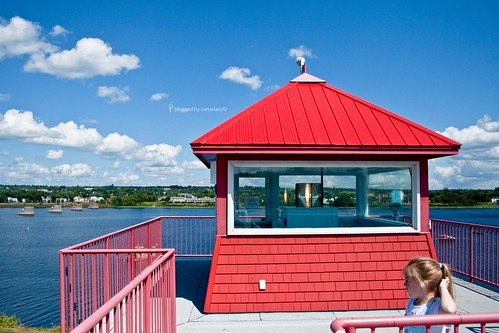 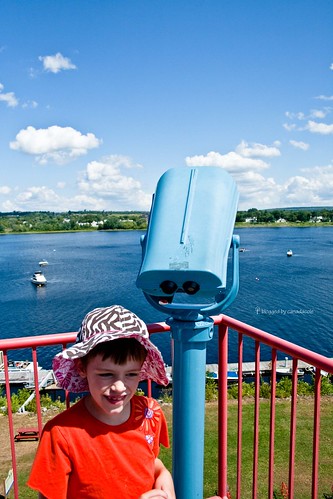 But seriously, who needs a viewfinder to check out views like this? 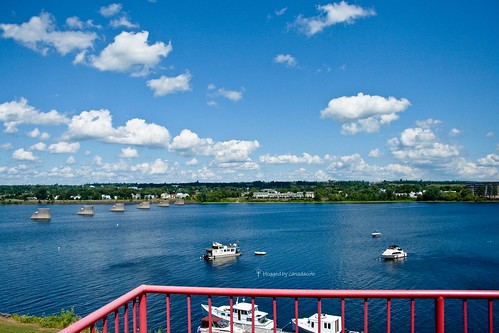 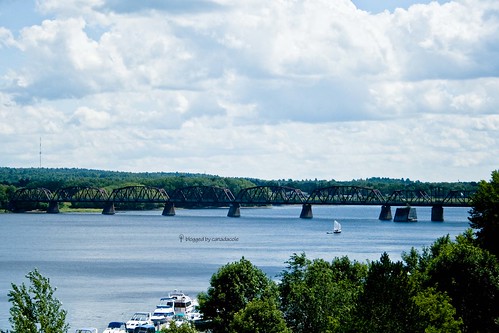 Oh, and did you want to see the kids? Brace yourself for a typical tourist shot: 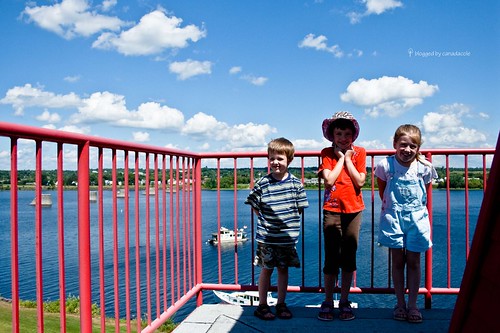 The kids agreed that it was a really fun day, and we did linger a bit to play on our way down again.  And OF COURSE there was the promised ice cream at the bottom.  No photos of that though, because I believe that ice cream and my good camera don't mix!

We had lots of time before and after the changing of the guard, which isn't until 11am.  On the way to Officer's Square from the parking place we passed a school museum which looked interesting, and on the way back we went over the little pedestrian bridge from the lighthouse to the parking area,  and found ourselves right at the doors to the library.  And of course there is Cora's!  Mmmmm.  We love Cora's.  So I think I'd love to do this again some day next summer (because the Calithumpians are almost done for this summer) and bring Hubby.  Start with breakfast at Cora's, check out that little museum, do the changing of the guard and picnic in the park, lighthouse and ice cream and top it out with some quality library time.  For our little family, that would be total bliss.

There are a lot of other things to do and see downtown.  I'm sad to admit that while Officer's Square has been one of my favourite photo shoot locations, I haven't taken time to really SEE what's there to explore and discover.  It's fun to find that Fredericton really is a cool place to be.