Every year the local Brownie troop has a winter sleepover.  This year though, the troop has gotten quite big and the leaders just didn't think they could fit them all.  So they decided to have a carnival night on the Friday as March Break began instead.

The night started with tons of fun carnival games.  The girls were given tickets for the games as they arrived and prizes ranged from carnival beads to headbands to candy to card games.  Hooray for the dollar store! 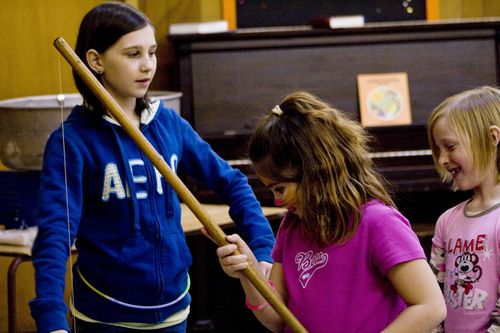 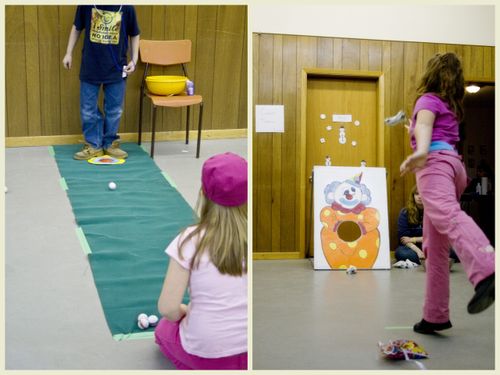 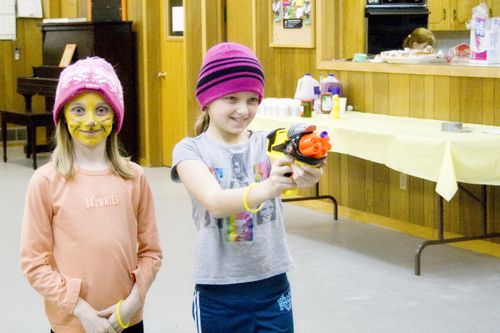 Several of the older girls came out and not only ran the games but also did all the face painting. 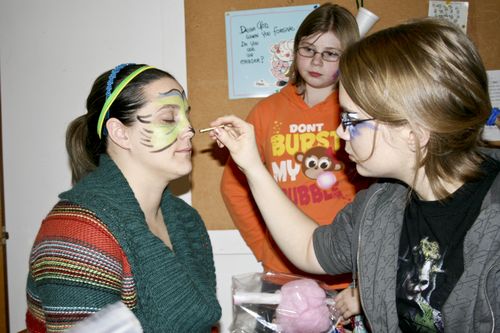 There were hot dogs and juice to go with all of that candy, as well as both an old-fashioned popcorn machine AND a cotton candy machine. 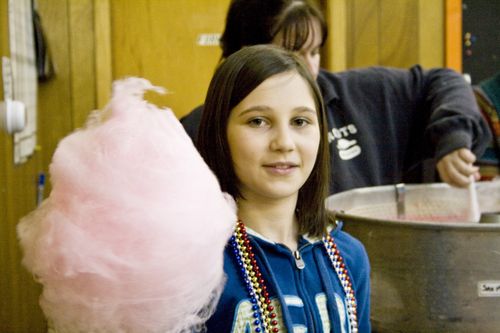 The cotton candy was both amusing and appalling--some of the girls had skeins bigger than their heads! 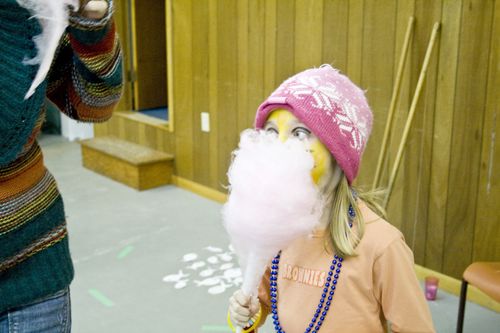 It was the popcorn maker that caused the most excitement though.  And not just because popcorn is delicious.  No, it was more about the LOCATION of the popcorn maker...directly under the newly installed heat detectors.

You guessed it--fire drill!  (At least now everyone knows the alarms work!)  We huddled outside in the freezing rain and waited for the firemen to give us the all clear. 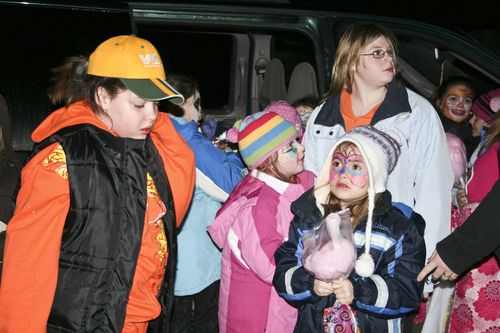 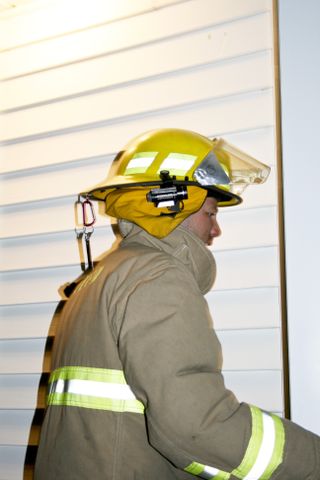 Lucky for us the fire chief was driving by as the alarm went off and immediately pulled in to check things out.  He was able to radio to the fire hall and tell them not to bother with the trucks.

(Though I would have preferred the trucks.  It would have made a MUCH better story!)

Once we were allowed back inside the girls did a craft while the leaders filled out paperwork (Incident reports!  Fun!).  LIving in a village, half the parents arrived when the alarm went off (the dads are volunteer firemen).  So we also had plenty of firemen, moms and brothers and sisters suddenly running around too.  Crazy!

About that craft?  I have never seen such liberal use of glitter in all my life... 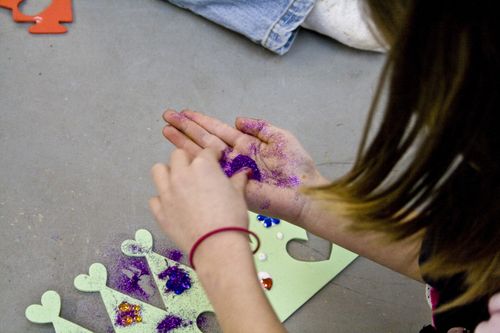 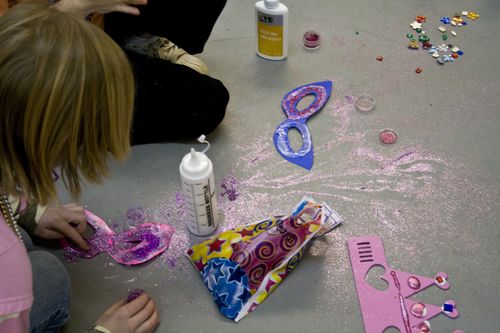 Do we know how to party or what? 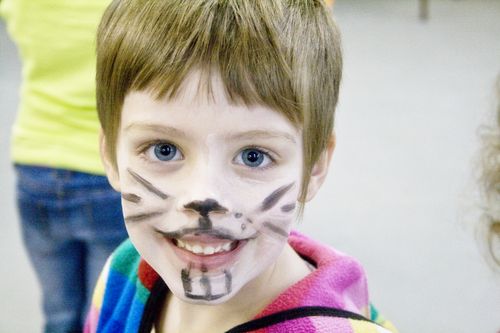 Careful how you answer that... 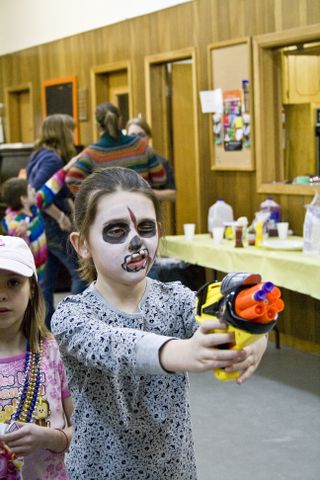