Can't she stop talking about the weather?

On Friday morning we woke up to temps of -32C, and they were falling.  We won't get into the windchill.

School was NOT cancelled.

Yikes!  I bundled the girls up in layer after layer and made sure that only their eyes peeked out.  Then I waited until the last possible minute to send them out to wait for the bus.

In the meantime, the car would not start.  I couldn't blame it; I was having a hard time getting started myself.  Hubby plugged it in to this charger thing we have, but it was still going to take hours to work.  In the meantime, he was supposed to be in a bunch of meetings.  He shut himself in the office with the computer and the phone for a day spent working from home.

Being shut out of the office was actually good for me, as we still had Christmas decorations up.  The Boy and I worked hard (well, I worked, he read me stories) to get it all packed up and put away.  Then we vaccuumed and put things back where they belong.  We puttered, we had lunch, we read together, we napped...it was all good.  Finally the girls made it home and Hubby finished up his meetings.  He asked for the rest of the afternoon off to deal with the car.  He got it started and came in the house where we debated getting a new battery or a booster system for next time.  Decided on the booster system, as the car is on its last legs and it seems silly to get a new battery at this point.  Decision made, he stood by the door for a few minutes, then out of nowhere said:

"Let's go have some fun"

We were all surprised, but eager to get out of the house.  We decided on bowling, braving the coat snatching Kingswood, and had a great time.  I think it was even better because it was so completely spontaneous and all Hubby's idea.  I took the old P&S with me (I was afraid the Canon wouldn't like the cold) and after I took a few shots, the kids took turns.  Here we are, having fun (no idea who took which shots) 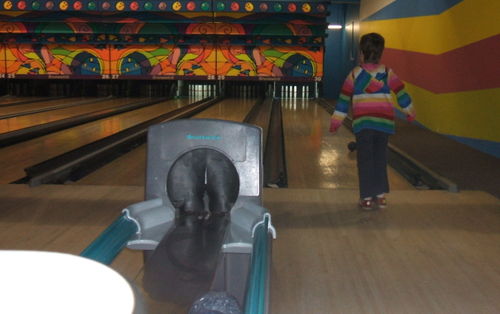 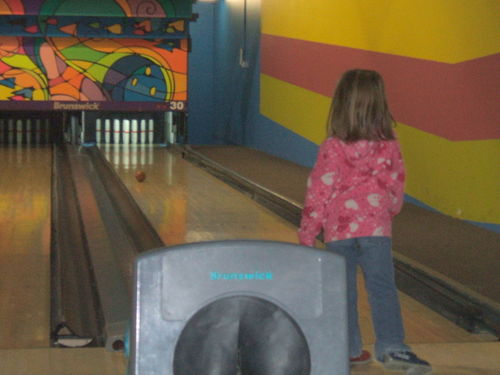 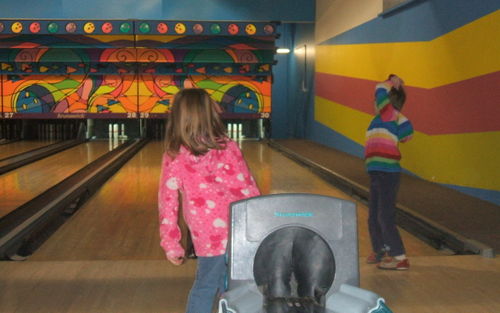 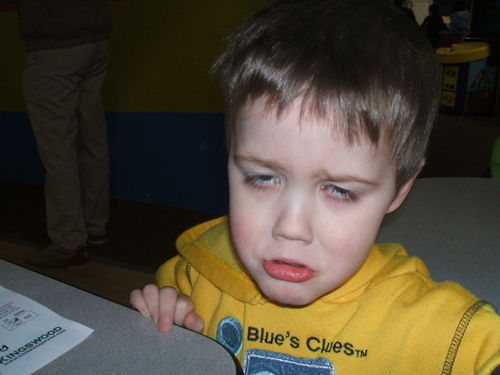 ...but after a few frames and some help from Daddy, he got the hang of it! 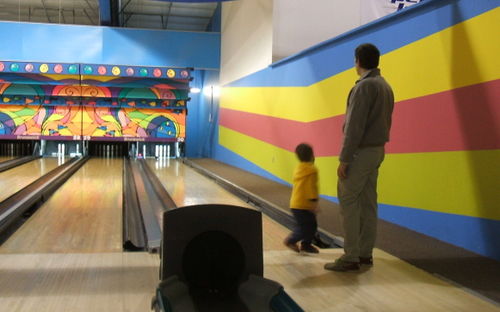 (if you look closely, you can see two balls down by the pins.  His balls travelled veeeeery slooooowly.)

When we were done, and Sweetpea was crowned the winner, we went home for supper and a movie.  And since we'd been having so much fun all day, I made chocolate chip cookies while supper was cooking, so the fun didn't have to end.

So bring on the cold!  Bring on the snow and the wind!  We can handle it! It only makes us have more fun!

Posted at 10:30 AM in Current Affairs, The Kidlets | Permalink

Glad you're making the best of it, glad we're not having temperatures like that!