Every year the corporation that Hubby works for holds a softball tournament. 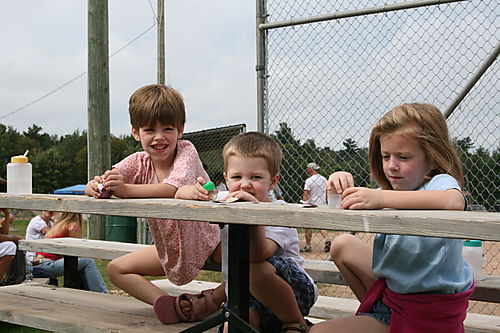 Traditionally, his team does not do well.  Since his team is the geeks geniuses from the IT department, this is cheerfully overlooked.  It fits a certain stereotype, really.  And there's a certain relief in the absolute lack of pressure to perform well.

Except that this year, they won the first game they played--thus tying their previous best record of 1 win, 2 losses.

But then they won again.

Then they lost...but it was close.  Suddenly, they found themselves in the semi-finals.

I have no words for the shock and joy felt by all at that realization.  This was unprecedented!

But then they won again.

They WON their semi-final match-up.

Just like that, they found themselves in the finals.

The team they played against takes themselves WAAAAAAY too seriously.  Many of them actually play ball, in actual leagues.  With uniforms and stuff.  And, at the risk of one of them stumbling upon this blog and seeing this they're not all that well liked.  They have attitude.  Love to do the trash talking thing.  So several people from other teams stuck around to cheer on our underdog team.

We didn't win, but DID hold our own IN THE FINALS and managed an impressive showing.

So to Hubby and his teammates: GOOD JOB!  YAY TEAM!  I love a good underdog sports show!  The sunburn seems a small cost.

(It felt very Disney.  Right down to an important player sustaining a serious injury and having to go to the emergency room, then coming back to watch the finals and cheer, stitches and all.) 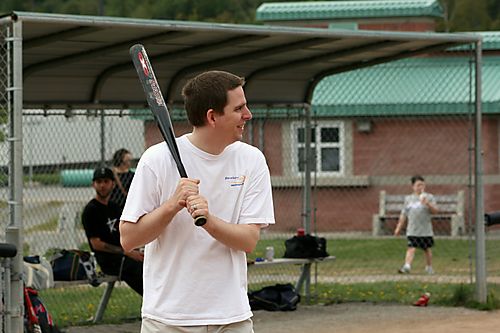 Posted at 01:41 AM in Current Affairs | Permalink