Say hello to our little friends... 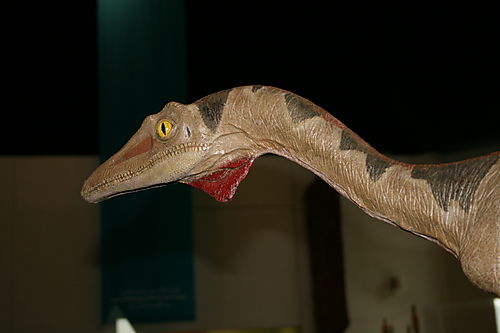 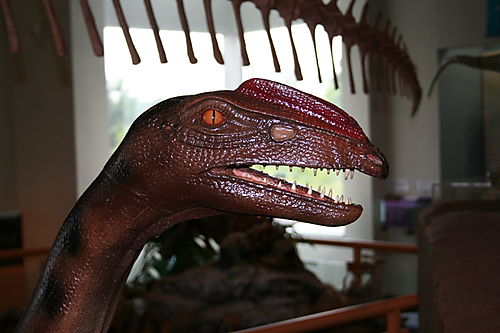 Our second day of vacation started out nice and leisurely, as camping trips should.  By afternoon we were ready to DO something though, and the overcast skies and cool ocean breeze ruled out swimming.  We headed to the Fundy Geological Museum to learn all about the earth, especially the part of it we were visiting and the dinosaurs found nearby.

When the kids got tired of looking at dinosaurs and dinosaur bones, there were dinosaurs to play with... 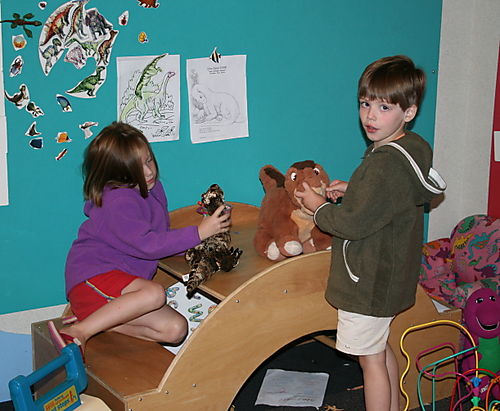 (even that famous purple one and it's friends)

..., dinosaurs to colour, dinosaur puzzles, giant dinosaur felt boards, dinosaurs in the gift shop and our new favourite: ceramic dinosaurs just waiting for a little colour in their lives. 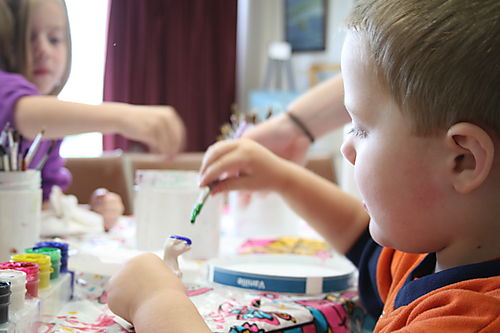 My dino-centric kids were quite happy with the day's activities.  Really, for this crowd of Land Before Time obsessed imagineers, this just kicked their fantasy play into high gear.  I had actually prayed hoped thought that we had moved out of the dinosaur "phase" but this just kicked it right back into high gear and made us into the coolest parents EVER (at least for now).

Though it also had them realizing that the many, many LBT sequels we had on VHS had moved back to Granma's without them noticing.  Oops.

Granma, they want them back.

I can't mind much, since I get to hear gems like this from the backseat:

Princess: You'd better run away then, because Boy's Sharp-tooth will eat you!

Makes sense to me.  Maybe I should consider vegetarianism, if that's the way the food chain works.

Though with my luck I'd just get eaten by a giant radish.

Come back tomorrow, when our journey through time takes us beyond dinosaurs and has us looking at rocks.  Pretty, pretty rocks.  (Ok, and some fossilized bugs and dinosaur poop.  We can't get away from the dinosaurs!)

Posted at 11:04 PM in Current Affairs, The Kidlets | Permalink

Ah! THat's so much fun.
My kids, weirdly enough, have never been that into dinosaurs. They're not INDIFFERENT to them, but there was never a passionate dinosaur lover - I wonder why?

Oh what fun! Dennis would flip!!