As long as we're talking science...

...I just want to say God bless the scientists who developed the SkeeterVac (or Mosquito Magnet, or whatever) technology. 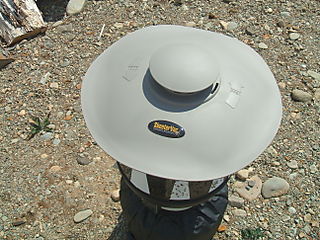 These are the wonderful traps that use propane to create carbon dioxide, which the evil blackflies and mosquitos can't resist, so they all come check it out and get stuck to the sticky tape (kind of like an old fly strip, you just had to have the right bait).

"Propane gas from a standard grill cylinder is burned in a sealed combustion chamber where it is catalyzed into warm carbon dioxide and water. This precision mixture is exhausted out into the air stream.

A unique time-release FineTune lure at the top of the unit emits a scent that when combined with CO2 increases the attraction power for many species."

I thought these SOUNDED wonderful IN CONCEPT when they first hit the market a few years ago.  I have been DEET free since my teenage days when I discovered that spraying it on made my lips tingle (and I wasn't applying it to my face) and my fingers numb.  Since then I've been DEET free and avoided other insect repellents more and more.  Sure, I'm poisoning the biting bugs, but I'm the one covered in the stuff!  I've been to parties where they have the special candles or incense or whatever, but you still have to sit near the smoke to get protection, and what are you breathing?  The idea that something as simple as a naturally occuring and non-toxic gas could make your world bug free was heady.

But I'm a skeptic, and they're expensive little contraptions.

Well, they went on sale this weekend, and we got one.  My poor, sick Hubby set it up Sunday afternoon (all by himself, and in about 5 minutes).   We got the smaller one, supposedly good for a half-acre, but we have a large property that's very swampy.  I doubted it was going to do much good. 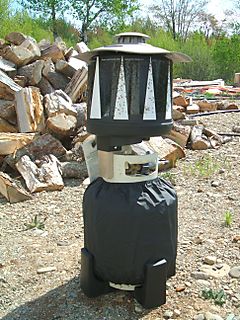 You see all of those nasty blackflies?  It warms my heart, it truely does.

I wasn't completely convinced it was working at first, though I did notice that I no longer had to do the "run and swat" just to make it the three steps from the door to the car.  When I was running around on Tuesday though, I noticed that we were able to get comfortably to and from the car without being bothered by a single blackfly.  We wandered the property, we checked out the tulips, we went to take photos at the front of the house and were finally bothered by our first blackflies when we went into the long grass.  I was growing impressed.   When we stopped in the village, only 5 minutes away, and stepped out of the car, we were immediately swarmed.  Big clouds descended on us.  Yikes!  Take me home to my SkeeterVac!

But the real proof is this: the kids are playing outside again.  Voluntarily, happily, and for more than 5 minutes at a time without running in crying from the bugs.   They're happy, I'm happy.  Thank you SkeeterVac!

I only wish I could take this baby camping with me this weekend.

Posted at 09:23 AM in Current Affairs, Daily Photo | Permalink

How COOL is that?? Why hadn't I ever heard of it before? That is just genius. :)

That is so cool! Im allergic to bug spray so ill have to look into this so cool!